The Moroccan national team will clash with its counterpart, the Spanish national team, in a heavy-caliber confrontation, today, Tuesday, at the Education City Stadium, in the round of 16 of the 2022 World Cup, which is currently being held in Qatar and will continue until December 18. 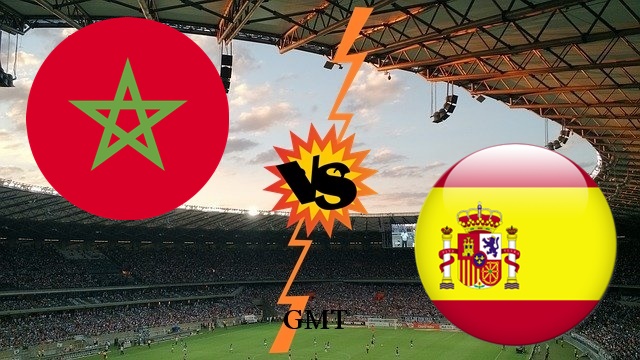 The Moroccan national team had qualified for the round of 16, leading Group F in the World Cup with 7 points, accompanied by the Croatian national team, where it achieved victory in two matches out of 3 matches and a draw in one match.

The Spanish national team rose to this role after it ranked second with 4 points, occupying the runners-up in Group E with 4 points behind the Japanese team, which topped the group with 6 points, as it played 3 matches, winning one, drawing the same and losing one as well.

And the Atlas Lions made history by reaching the second round of the 2022 World Cup in Qatar, to become the only Arab ambassadors in that edition, after the exit of Tunisia, Qatar and the Saudi national team from the first round.

And the Moroccan national team has previously faced Spain in three matches, all of which are official matches, as the confrontations of the Atlantic Lions against the Matadors began in 1961, as part of the qualifiers for the 1962 World Cup, where the two teams faced each other in two round-robin matches to determine the qualification for the World Cup in Chile.

The first match was held on November 12, 1961, in which the Spain national team achieved victory over Morocco with a goal without a response. As for the second match, which was held on November 23, 1961, the Spanish national team was able to repeat its victory over Morocco, but with a score of 3-2, to ensure “no.” Roja" participating in the 1962 World Cup.

While the third match between Morocco and Spain came in the group stage of the 2018 World Cup, it ended in a draw with two goals for each team.