Find out the date of the next Morocco match against Spain in the round of 16 of the 2022 World Cup, the transmission channels, and the expected lineup. 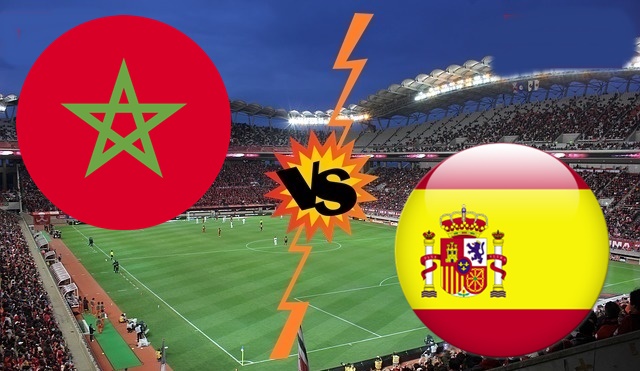 The Atlas Lions made history by reaching the second round of the 2022 World Cup in Qatar, becoming the only Arab ambassadors in that edition, after Tunisia, Qatar and the Saudi national team were eliminated from the first round.

Rather, the Atlas Lions qualified at the top of a group that included both Croatia and Belgium, the two teams that won second and third places in the previous edition of the World Cup. What a wonderful achievement of the Atlas Lions!

The Moroccan national team is in the round of 16, a difficult date against the Spanish national team, which won the runner-up in Group E, which included Japan, Costa Rica, Spain and Germany.

In this report from the "Goal" website, we present to you the date of the next Morocco match against Spain in the round of 16 of the 2022 World Cup.

What time is the Morocco-Spain match in the 2022 World Cup?

The whistle at the start of the match is scheduled to sound at four o’clock in the afternoon, Tunisia time, and six o’clock in the evening, Qatar and Saudi Arabia time.

What are the broadcast channels for the Morocco-Spain match in the 2022 World Cup?

Followers of Goal Arabia’s version are on a date with live, moment-by-moment coverage of all the events and events of this match, and this coverage will begin about half an hour before the referee’s whistle sounds.