Al-Thumama Stadium will host a strong confrontation between France and Poland at 5 pm today, Sunday, in the round of 16 of the World Cup, which is currently being held in Qatar until December 18. 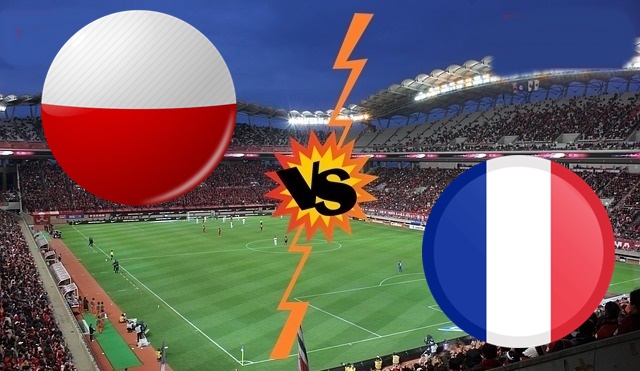 The French national team advanced to the round of 16 of the 2022 World Cup in Qatar, after finishing the group stage at the head of Group D in the most prominent competition in the world.

France played 3 matches in the group stage, winning two matches and losing the third against Tunisia, to score 6 points.

The French national team is looking forward to overcoming Poland and reaching the 8th round of the 2022 World Cup, in a journey to preserve its title, which it won in the last edition of Russia 2018, and to snatch the third title in its history in the World Cup.

France won the World Cup twice in its history, the first on its soil after defeating Brazil 3-0, while it won the second edition of the World Cup in 2018 in Russia after sweeping Croatia 4-2.

The French national team is armed with a number of distinguished players, despite the exclusion of a group of prominent elements due to injury, led by Karim Benzema, Paul Pogba, Ngolo Kante, Christopher Nkunku and Lucas Hernandez.

On the other hand, Poland qualified for the round of 16 of the 2022 World Cup in Qatar, after occupying the runners-up of Group C, succeeding Argentina.

The Poland national team played 3 matches in the group stage of the 2022 World Cup in Qatar, between victory, draw and defeat, respectively, and scored 4 points, behind the leaders Tango with 6 points, and qualified with it for the final price.

Poland achieved its biggest achievements in the World Cup by finishing third twice in the Germany 1974 and Spain 1982 versions, and qualified for the round of sixteen in the 1986 Mexico version, out of a total of 8 participations in the World Cup.

The Poland national team left the 2018 World Cup, Russia, in the group stage.