The Brazilian national team fears the surprises of its South Korean counterpart, in the upcoming confrontation, which is scheduled to be held this evening, Monday, in the round of sixteen competitions in the 2022 World Cup. 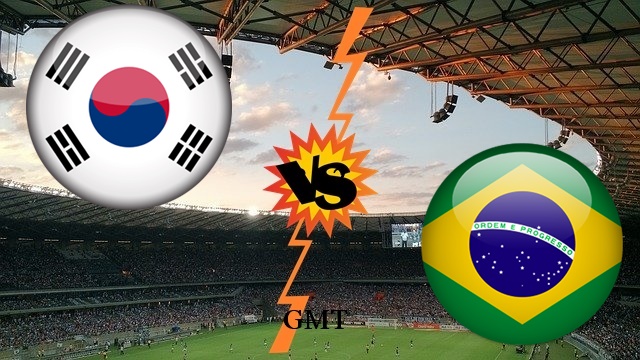 The Selecao match against the Korean Shimshon will be held at exactly nine o’clock in the evening, Monday, Cairo time, at Stadium 974 in the Qatari capital, Doha, in the final price of the current version of the World Cup, which lasts until December 18.

The Brazil national team qualified for the round of sixteen in the 2022 World Cup, after clinching the top spot in the Group H standings with 6 points, after beating Serbia and Switzerland in the first two rounds before losing the last match against its Cameroonian counterpart.

The Selecao, led by his coach, is seeking to continue his career in the World Cup, in search of a return to the podium in the major world championships, where he won his last titles in the 2002 edition in South Korea and Japan.

The Brazil national team hopes to regain its balance again and return to victories after it suffered a historic defeat against Cameroon, with a goal without a response, at the “Lusail” stadium, in the third and final round of Group G competitions, so that the Cameroonian Lions achieved the first African victory over the Seleçao in the history of the World Cup.

The Brazilian national team is missing many players in the match tonight, most notably the duo Alex Telles and Gabriel Jesus, due to the injury they suffered during the match against Cameroon.

On the other hand, the South Korean national team achieved a dramatic qualification for the final price of the 2022 World Cup, after snatching the runners-up of the Group D ranking table with 4 points, outperforming the goal difference only from the Uruguay national team, which equaled it by the number of points and goal difference.

The Korean tigers are looking to continue their surprises in the World Cup Qatar against Brazil, after they achieved a historic victory over Portugal with two goals to one, in the meeting that brought them together at the "Education City" stadium, in the third and final round of Group Eight in the 2022 World Cup.

It is scheduled that the winner of the Brazil-South Korea confrontation will qualify for the quarter-finals, to face the winning team from the other confrontation in the round of sixteen between Croatia and Japan.